Significant increase in efficiency and speed

Increasing efficiency even higher is possible when the BAADER 144 is deployed in combination with the BAADER 1570 Speed Feed System. This automatic feeding system can seamlessly feed up to eight gutting machines with a nearly 100% hit rate. All fish fed into the system will reach the gutting machine directly with a speed of up to 25 fish per minute.

The BAADER 1570 Speed Feed System is an advanced transportation method at both the infeed and outfeed sides of the BAADER Gutting Solution. In comparison with alternative feeding systems, each fish is transported sideways. This not only significantly increases capacity; it also allows for a reduced transportation speed.

Each fish is dropped into an individual tray and tracked to the corresponding outfeed of the BAADER 1570 Speed Feed System.

Tracking information includes quality criteria such as outside quality and cleaning result as well as the length, width, height and weight of the fish.

When the tray reaches the drop point, it is gently tilted and the fish slides onto the cross-feed conveyor and is delivered directly to the next processing stage. Due to the form of discharge, each tray can be emptied at each drop every time allowing for full production flexibility.

The BAADER 1570 Speed Feed System is suitable both as an infeed system to the BAADER 144 Gutting Machine as well as a takeaway and distribution solution for HOG fish to filleting, HOG packing, freezing etc. 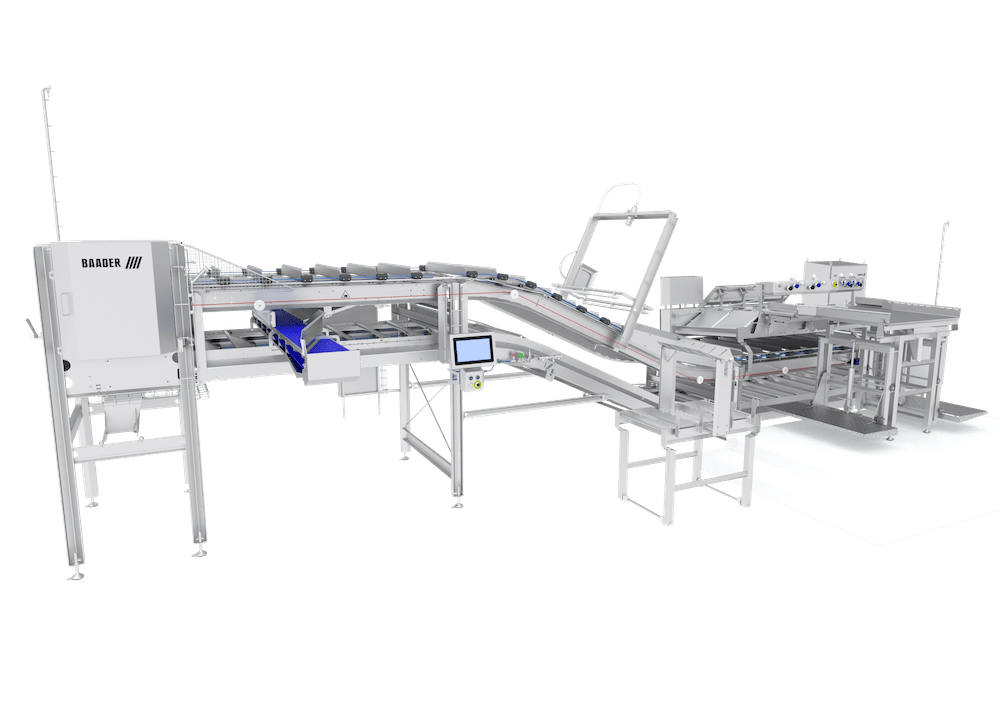 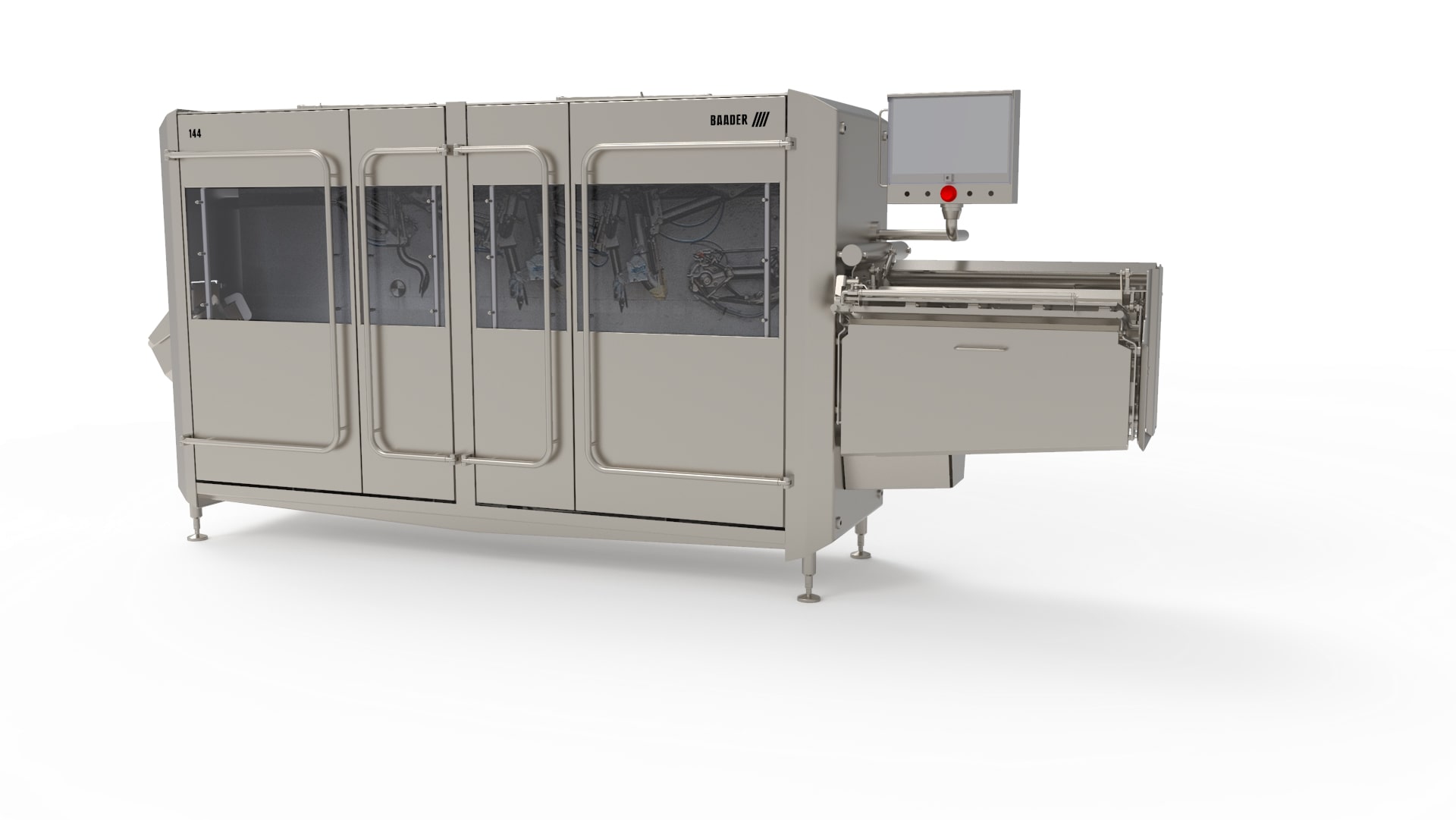 Gutting and Inspection of Salmon and Sea Trout

Tell us about your processing requirements and see how our experts can help you improve your quality, throughput and yield.